What Should I Know About Hashcat?

Hashcat is a type of hacking tool, and a password cracker specifically. It was created to be able to hack the most complex of passwords, targeting multiple aspects of coding simultaneously. Additionally, according to online sources including Infosec Institute, it is regarded as being highly versatile and fast in comparison to other password hacking tools, making it especially threatening. 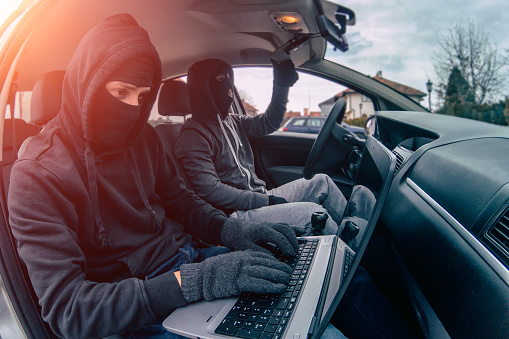 Hashcat is capable of reverse engineering information and converting readable information into scrambled coding, which is used to crack password representations. The program can use ‘brute force’ in direct cracking, apply preconfigured dictionaries, or use rainbow tables in user attempts to gain access to sensitive information.

What’s Been Happening in Current Events?

Hashcat can currently be used to obtain passwords through multiple processes, and can be downloaded online, alongside reader access to user-friendly guides explaining step-by-step how to use the program to bypass security features. Unfortunately, this extent of general accessibility is not uncommon for modern hacking tools, and it is therefore regarded as an added vulnerability. The program can be used on Kali Linux, a version of Linux with hundreds of unique information security tools.

The current version of the program is regarded as advanced with potential for further development. It can be run across the range of common operating systems, including Windows, Linux, and OSX, and is multi-hashed, multi-threaded, and multi-algorithm (including MySQL, DCC, MD4-5, and NTLM) based. Specialized rules can be used to extend the attack mode features, hackers can limit or resume sessions created, and the program recognizes hashes recovered from its out-file upon its startup.

An external file stores a list that can be used in force attacks, and users can configure the number of threads before executing them according to their lowest priority. The program supports hex-salt in addition to hex-charset files, and over 90 algorithms can currently be implemented in an attempt to optimize performance.

Online sources such as Help Net Security provide users with steps in using the programs for attacks. For example, Hashcat can be used to hack a user’s password through a dictionary attack by first creating a dictionary with MBD5 hashes, followed by a frame capture and file dumping for targeted information storage and future access. Only a single frame may be necessary for a successful hack. Unlike other approaches, the success of Hashcat in acquiring a pre-shared key (PSK) on average may involve only a hacker’s application of its features over the course of minutes or days, thereby making it more dangerous. The versatility and options of the program provide hackers with substantial potential.

As with other recent developments in hacking and successes in hacking approaches, Hashcat increases the demand for formal and effective security protocol development as has been done through WPA3 network security protocol. WPA3 has only recently been released in its earliest form, and provides an improvement over fundamental weaknesses in WPA2 security that Hashcat is able to exploit. Online sources including Security Affairs report that experts expect WPA3 protocol to have a major role in safeguarding against Hashcat potentials in the near future.

The Robust Secure Network Information Element (RSN IE) will be considered fundamental and important in ongoing security improvements. Hashcat is currently able to target this directly, rather than using a previous hacker approach of establishing connectivity through network port authentication protocol, and exploiting vulnerabilities in the Pairwise Master Key Identifier (PMKID). These PMKID vulnerabilities are targeted in WPA3 developments and other attempts to improve network safety on a less fundamental level.

The RSN was initially created to secure 802.11 wireless networks, being an element of the 802.11i standard, but broadcasts an internal message during attempts to establish channel communications that have been exploited. Hackers can thereby access WPA PSKs from the PMKID under the current design with common protections. New WPA3 employs a Simultaneous Authentication of Equals (SAE) that is an improved protocol for modern key establishment, resulting in a system that is much harder to attack through current common processes.

What Has Been Happening in Research and Development?

In addition to WPA3, other attempts to improve security effectiveness and efficiency have targeted vulnerabilities exploited by Hashcat, although some efforts have involved benefits from its use.

The Fundamentals of Digital Forensics journal reported that forensic analysts have been able to make use of the program in recent data recovery efforts, as Hashcat has been used by forensics experts to decrypt certain files. Meanwhile, researchers at the Technical University of Denmark reported that the program’s foundational basis of a machine learning model serve as a reference point for both forensic decryption and improved security efforts.